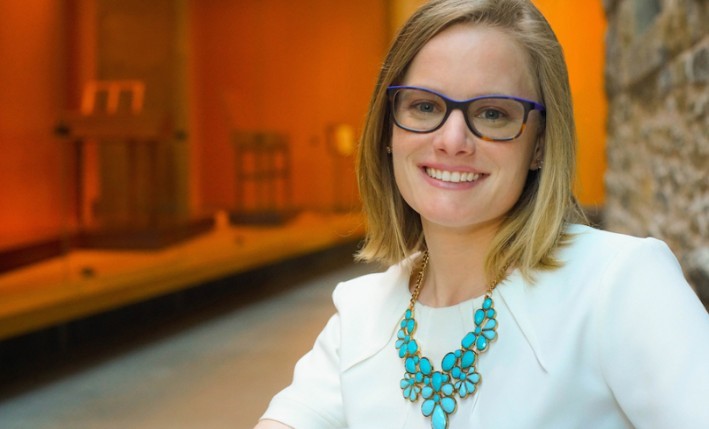 “The William F. White mentorship is an unparalleled opportunity for an emerging Canadian Production Manager,” said Heather Webb, WIFT-T Executive Director. “Mentoring is highly valued at WIFT-T. Through our mentorship initiatives, we ensure that the next generation of industry leaders is well-equipped, supported, and knowledgeable. The connections that Caitlin will make at William F. White and the stellar experience she’ll receive will serve her well in her current and future creative endeavours.”

“William F. White is the largest equipment provider in Canada and the absolutely best place for me to learn and grow as a filmmaker,” said Caitlin. “I am so grateful to William F. White and WIFT-T for the opportunity to expand my knowledge base and build my network.”

Shortly after graduating with a degree in International Business and Finance, Caitlin Carmody decided to pursue her true passion of storytelling. Her career in film and TV production began at Don Carmody Productions where she worked as a Producer’s Assistant and Development Coordinator. At Don Carmody, Caitlin worked on productions such as the Emmy award-winning Secret Life of Marilyn Monroe, the Netflix original series Between and the Freeform series Shadowhunters: The Mortal Instruments. Caitlin is currently working on several original screenplays. Through the Women On Screen Web Series Incubator Program, she spent eight weeks polishing her web series, which she hopes to move into development in the near future.

The William F. White Production Manager Mentorship provides hands-on, practical training in the proper handling, use, and significance of the equipment available to the industry. Over the course of this mentorship, the mentee will receive one-on-one networking opportunities with a successful female production manager and establish relationships with other professionals. The 2017 recipient of the William F. White Production Manager Mentorship also receives a WIFT-T programming pass to further build critical skills for success in this industry. The 2017 mentorship will take place from May 8 - 12, 2017.

For more about WIFT-T’s programming and mentorship opportunities visit www.wift.com/programs.